Men can't marry 3-4 women, will have to change such system: Assam CM Sarma 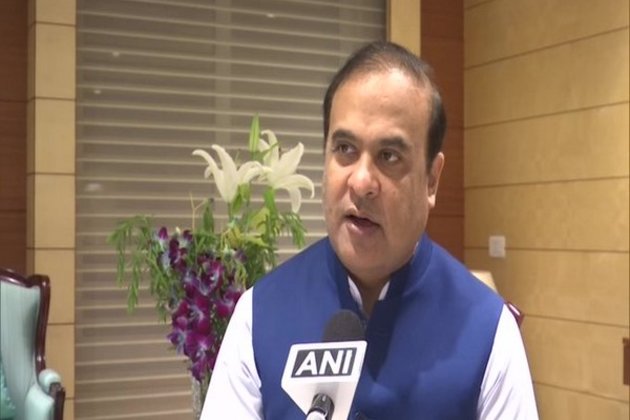 Morigaon (Assam) [India] December 9 (ANI): Assam Chief Minister Himanta Biswa Sarma on Thursday said that there is a need to change the system of men marrying three-four women to give justice to Muslim women.

"There cannot be any right to a man living in independent India to marry three-four women (without giving divorce to the previous spouse) and we will have to change such a system. We will have to try to give justice to Muslim women. If Muslim girls were asked to wear the Hijab, why not the boys also use the same thing? Muslim girls can't study in school and Muslim men will marry 2-3 women, we are against this system. We want 'Sabka Saath Sabka Vikas'," Sarma said.

Addressing a public meeting in Morigaon, the Assam Chief Minister said that, many MLAs of Assam want Pomua Muslims to vote and they don't want to give good suggestions.

The Chief Minister further said, "We are trying to bring forward 'Sabka Saath Sabka Vikash'. We don't want that the students of Pomua Muslim to become Junab, Imam by studying in Madrasas. We want that they should study in schools, colleges and studying in Morigaon Medical College so that they can become doctors, engineers."Lashing out at All India United Democratic Front (AIUDF) Chief Badruddin Ajmal, the Assam Chief Minister said that, there are some leaders in Assam like Badruddin Ajmal who said women must give birth to children as soon as possible.

"A woman's childbirth process cannot be compared with a field. I have repeatedly said that, our women can give birth to 20-25 children, but Ajmal will have to borne their food, clothes, education and all other expenses and then, we don't have any problem. If Ajmal wouldn't pay expenses, then nobody has the right to lecture on childbirth. We will give birth to only those many children whom we can provide food and to make them better human beings," Sarma said.

Earlier on December 2, while speaking to ANI, Ajmal had advised Hindus follow adopt the formula of Muslims and get their children married at a young age to produce more children.

Ajmal said, "They (Hindus) should also follow adopt the formula of Muslims and get their children married at a young age, get them married at the age of 20-22, get the girls married at 18-20 years and then see how many children are born... "AIUDF chief Ajmal also responded to recent Assam Chief Minister Himanta Biswa Sarma's comments on "Love Jihad" with reference to the Shraddha Walker murder case that had gripped the national capital recently.

The Chief Minister also said that he is very much worried after seeing Al-Qaeda activities in the Madrasa of Morigaon.

"Morigaon had made a new history in the freedom movement of the country. Tilak Deka, Hemaram Pator, Gunabhiram Bordoloi - son of the soil of Morigaon, had sacrificed their lives for the country. We can't allow to make the Morigaon district as the base of Al-Qaeda," Sarma said.

Chief Minister Sarma laid foundation stones of 12 developmental projects worth Rs 910.13 crore as part of "Bikakhor Babe Eta Pokhek" initiative launched by the Government of Assam in a programme held at Morigaon district.

He laid the foundation stone of a new Medical College and Hospital at Morigaon, a mini stadium at Jagiroad and Manipur and upgradation of Govt. Polytechnic and ITI into centres of excellence.

Speaking on the occasion, Chief Minister Sarma said that a target has been set to make the Medical College and Hospital functional before the assembly election in 2026 and plans are afoot to set up a cancer hospital, B Sc. Nursing College, GNM Nursing School and a Dental College within the Medical College campus.

The Chief Minister informed that the government would start enrolment of new beneficiaries under Orunodoi scheme from December 12 and altogether 18 thousand beneficiaries would be included from Jagiroad, Morigaon and Lahorighat constituencies.

He said that ration cards would be provided to five thousand new beneficiaries in the district and steps have been taken to ensure medical facilities upto Rs 5 lakh to them under Ayushman Bharat Jan Arogya Yojana.

Swama informed that advertisement for 30,000 new government jobs would be published before January 30 next year and for those who plan to take up entrepreneurship, a new scheme with a financial outlay of Rs 5000 crore would be rolled out.

The Assam Chief Minister said that the Assam government is working with an aim to provide government jobs to one lakh youth and making 5 lakh youth self-employed.

He also assured to extend all possible support from the government for the infrastructure development of the Satra.