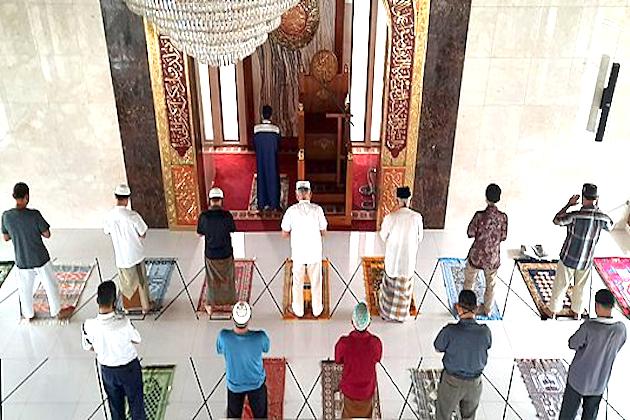 JAKARTA, Indonesia: Indonesia has asked people to pray from home during next week's Eid-al-Adha festival, in a bid to contain the fast-spreading Covid Delta variant.

"When the government puts out regulations that protect the people, it's mandatory," religious minister Yaqut Cholil Qoumas said on Friday.

The circular also sought to reduce the size of crowds participating in the holiday's traditional animal sacrifices.

Indonesia's most populous island of Java has seen hospitals overwhelmed with patients suffering from Covid, though less populous regions are now reporting increased numbers of infections.

"We admit that on Java...the transmission (of the virus) is really high," said Nae Soi. "But we're asking the central government to pay attention to us proportionally," as quoted by Reuters.

Indonesia's health ministry reports that Jakarta has fully vaccinated 24 percent of the 8.3 million people due to be inoculated.

Indonesian officials report delivering 73.6 million doses of vaccines throughout the country. The majority of vaccinations are manufactured by China's Sinovac Biotech.